As the name suggests this device works on the principle of Thermal dispersion, the sensor contains two probes each with a continuous coiled RTD (Resistance Temperature Detector) and one with an additional continuous heater of the same length as the RTD. The probe with RTD & Heater will be Active Probe and the other one with only RTD will be Reference Probe.  The probes are placed at a small distance with each other so that there is minimum Heat Transfer between them.

This probe will be primarily used to measure the Fluid levels of Large Tanks and pools in Nuclear & other special applications. While in operation the active probe will be heated to a temperature more than the ambient temperature so that there is a temperature difference (ΔT) between the active probe and the reference probe. ΔT will be maximum when the Fluid level is minimum as there will be less heat transfer from the active probe to surroundings. And similarly the ΔT will be minimum when the fluid level is maximum as ~99% of the heat will be dissipated from the Active probe to the fluid. This change in ΔT can be used to calculate the corresponding Level of fluid using special electronics provided with the sensor.

The electronic transmitter having a power supply option of both 24V DC and 230 V AC, will take input from both the RTD’s in ohms and will convert it into 4-20mA signal which can be interpreted into the corresponding level of the fluid in the tank and same will be cast on a display unit supplied with the sensor. 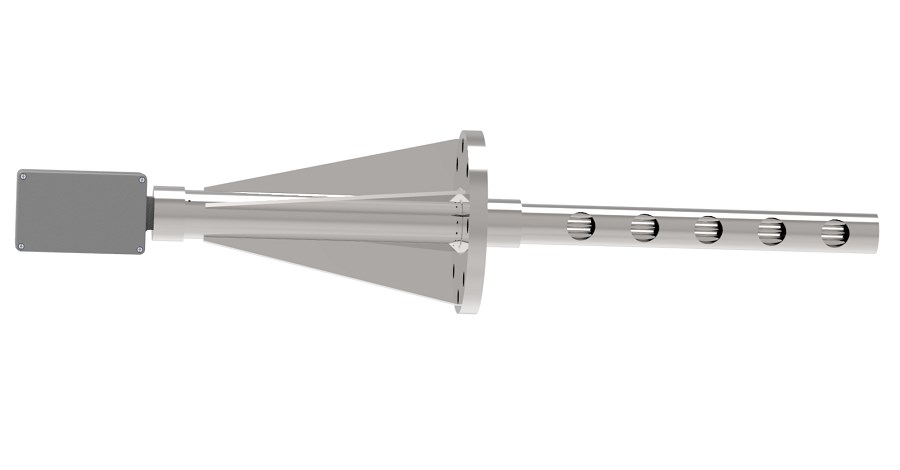